The Vice Chancellor of the university, Professor Eugene Nwadialor announced this during the school’s fourteenth Matriculation ceremony held at the university convocation arena.

Professor Nwadialor told the matriculants that Tansian University is faith- based institution where there is no room for examination malpractice or any form of cultism and other corrupt practices maintaining that in the university, teaching and learning is dynamic.

The Vice Chancellor thanked the new Chancellor of the University, Most Reverend Peter Okpaleke of the Catholic Diocese of Ekwulobia for his timely intervention after the death of the Founder, Monsignor Professor John Bosco Akam. 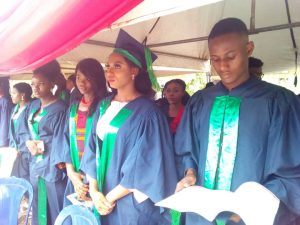 Earlier in a homily during a mass which ushered in the ceremony, the Assistant Registrar, Exams and Records of the university, Reverend Father Justin Egbe urged the students to work hard to appreciate the sacrifices made by their parents.

Some of the matriculants, Favour Okwodu, Chiuwa Oforji and Chinonso Ezichi expressed happiness for being admitted into the University promising to work hard to justify their parents’ efforts while a parent, Mrs Juliet Ezichi said the university has a conducive environment for learning and advised the students to concentrate on their studies. 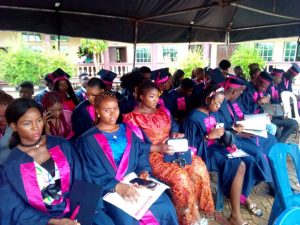 The event featured symbolic signing of Matriculation Register and interactive session between parents and the university authority.

A minute silence was also observed for the late founder of the university, Monsignor Professor John Bosco Akam during the ceremony.