The driver of the unpainted Toyota Camry had parked at “lugbe across” junction, where other painted taxi drivers park to pick passengers, but he was accosted by the VIO officials who blocked his vehicle with their patrol car.

There was a mild drama as the driver rushed into his car in an attempt to drive off, but one of the officials quickly pulled the vehicle’s bumper and destroyed part of the bonnet. 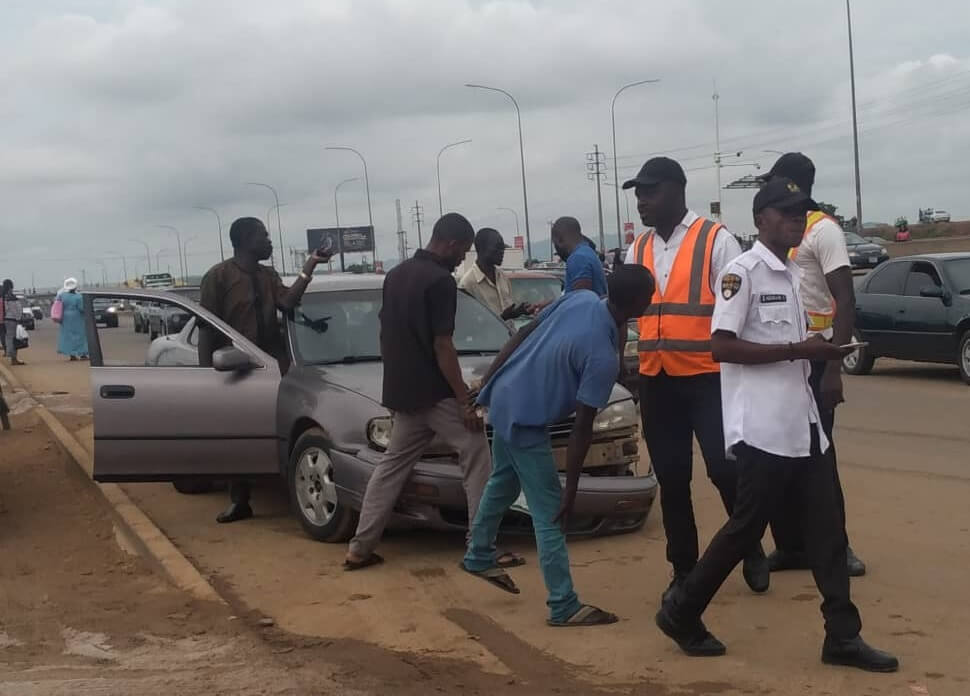 The officials, who noticed our correspondent recording the scene, rushed at her and attempted to forcefully collect her phone to delete the recording.

“Why are you snapping us, bring that phone. You had better delete those photos or we will seize your phone,” one yelled at her.

They forcefully snatched the phone, and did a search before returning the phone.

They later drove off, leaving the taxi driver to continue his search for passengers for his battered car.

Recall that taxi drivers in July protested the activities of VIO officials in the Federal Capital Territory.

The protesters alleged that VIO officials were fond of harassing them and collecting illegal levies.